An Anniversary Reward is a way to congratulate your customers for their (wedding) anniversary and get them in as a couple and mark the memorable event. 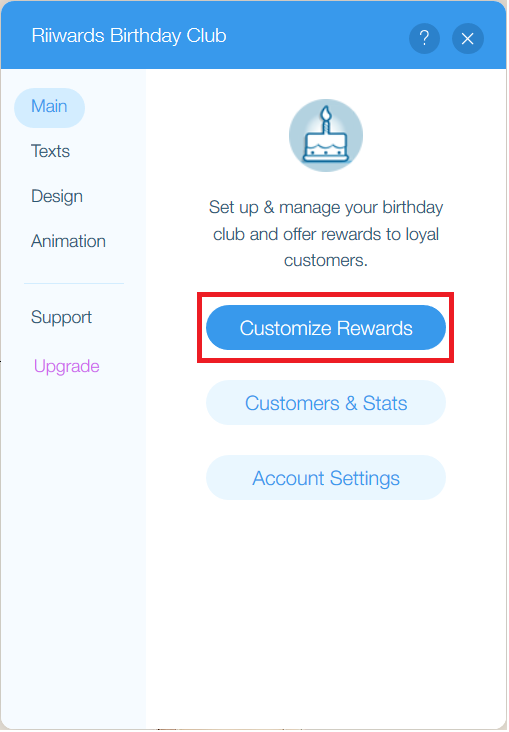 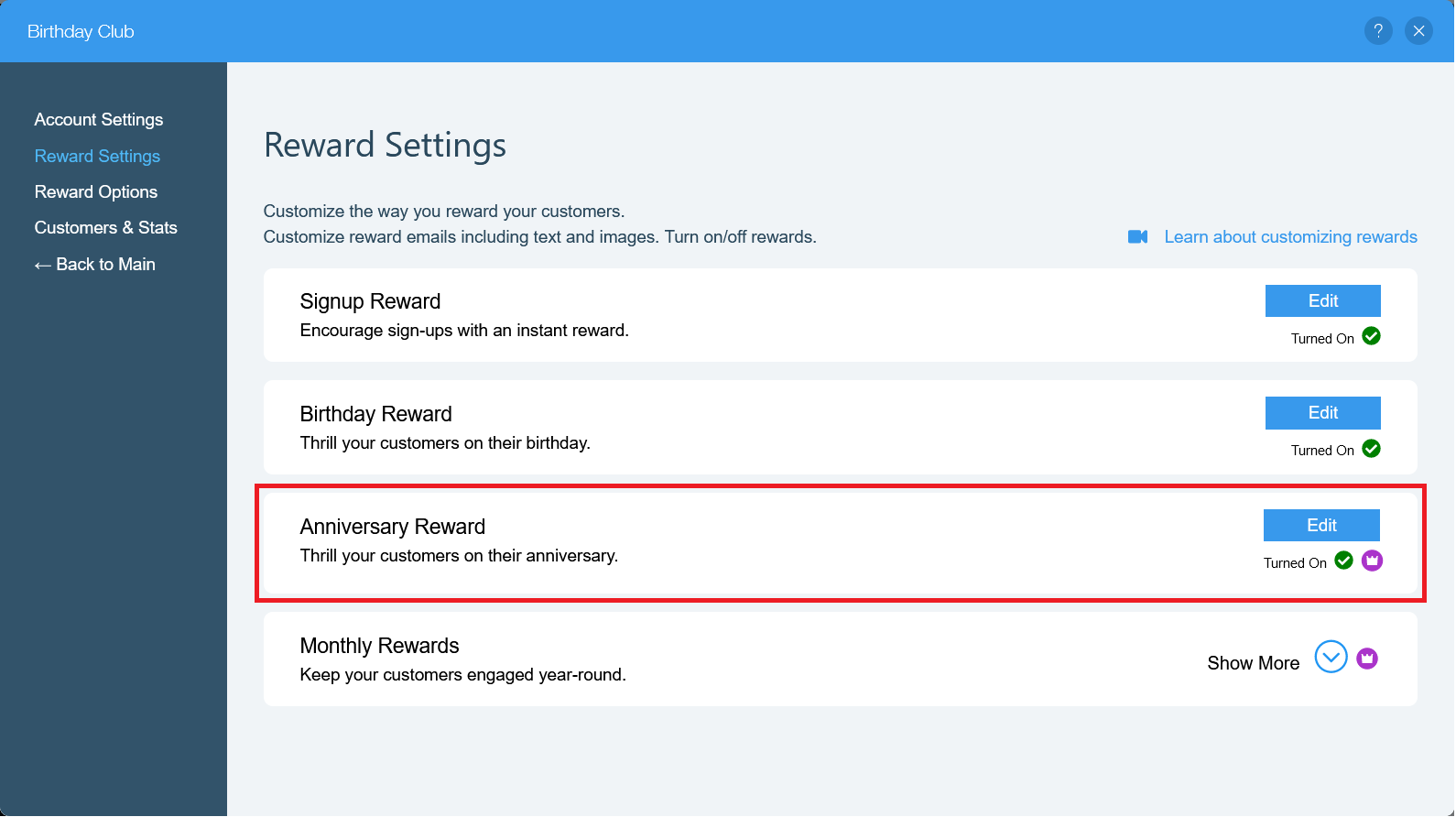 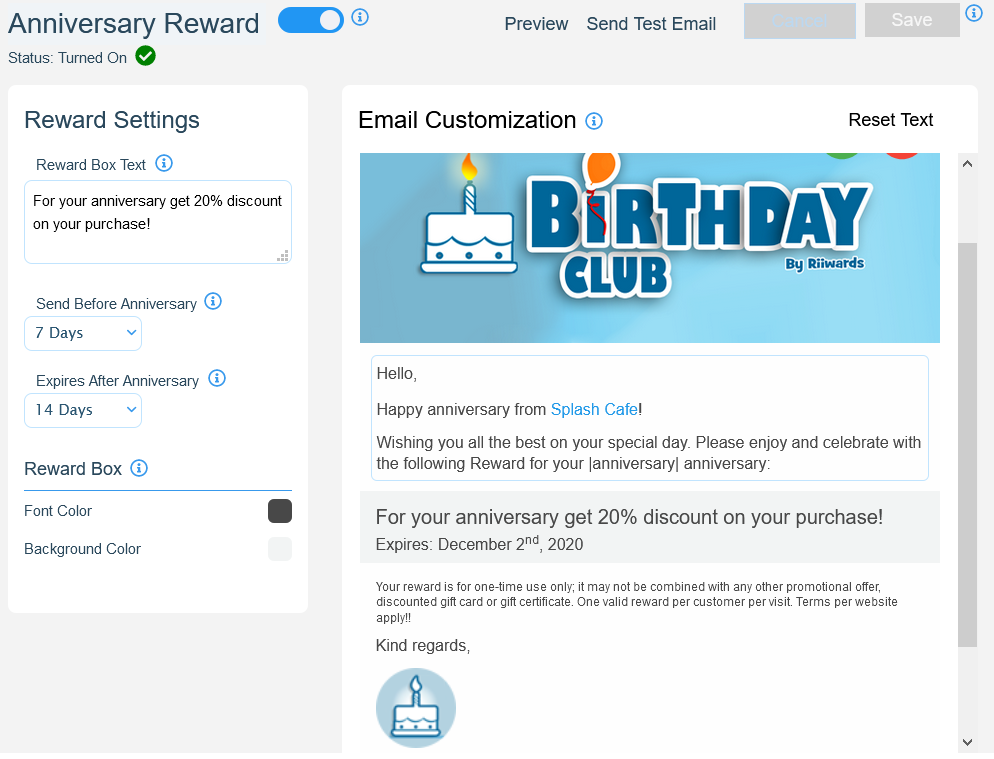 Use the On/Off from the menu. If the Anniversary Reward is turned on, in the signup form an additional screen to collect the anniversary date is added. 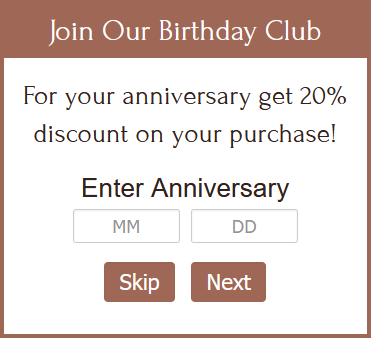 To update reward text, overwrite the text displayed in the reward box:

If you turned on the option to enforce one-time use in the Reward Settings, the email will show a Redeem Now button.

On the Reward Settings page you can edit the terms and conditions for all emails at once.